B2B events come in many shapes and sizes. Our preferred size is small. About 20 participants who can interact with you. Your company and its proposition from A to Z in the spotlights.

Your guests will perceive more added value. They will look back at it as a better event, giving you the advantage for follow-up meetings and business.

We do B2B Events “On location” or “Virtual“

Engage from another location

Webinars are not attractive. You’re not able to connect with your audience the same way you can during an “on location” event. Still the world has been changed by COVID-19 and some of the changes will stick.

Enrolling in a webinar doesn’t create the same commitment for many people as enrolling in a “on location” event. Your audience can easily walk away from their device and get distracted by phone calls, e-mails and so on.

Not with our approach!

A Virtual Round Table session for a small group of people. This is how we work around these disadvantages.

In preparation for the session we work with you to find the right agenda for the event. We make sure that the intended target audience will attend by keeping intensive contact with the participants prior to the session. We will also ensure that the Virtual Round Table remains interactive. We actively encourage participants to interrupt and ask questions the same way they would during a “On location” Round Table.

After the session NextSales will take care of follow-up, reporting on the session and make the recording available to participants.

Recently we held a Virtual Round Table for USU. 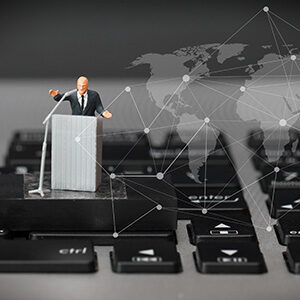 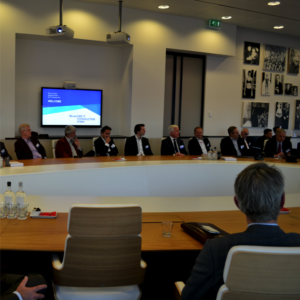 Large events such as fairs and congresses are often experienced as too massive. In addition, it is the biggest booth with the most “gimmicks” that attracts the most attention. Moreover, there are also many students walking around: not your target group. The CxO level indicates that they prefer to have a substantive conversation instead of having to hear a commercial story. A B2B event such as a round table session is ideal for a smaller group of people with the same professional interest to discuss a specific topic.

It is important to show potential customers how your product or service works, because: seeing is believing. Nextsales provides demonstrations for groups up to about 20 interested parties, if necessary with technical support from the customer. In doing so, we adapt our message to the audience: a CFO is looking for costs-benefits of a proposition while an end-user is interested in ease of use. Each target group requires a different approach and demonstration.

Introducing a tabletop electron microscope to existing and new customers requires multiple activities. In addition to being present at trade fairs FEI/Phenom opted to organise demo days at their own office and at potential clients such as the Boerhaave Museum in Leiden. Laboratory Managers, R&D Managers and Quality Control Managers each have their own areas of expertise that need to be addressed during the demo. That is why there have been several demo days to demonstrate the application from different perspectives. 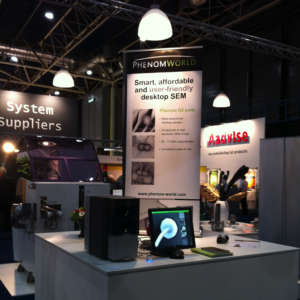 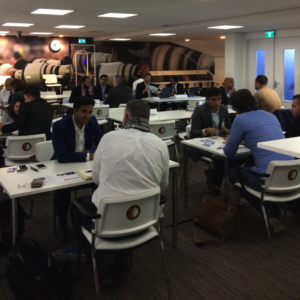 The aim of speeddate sessions is  to speak to many potential customers in a short period of time. Our format is based on having you or some of your representatives meeting prospects in 45 minute blocks followed by a 15 minute break. Specifically if you have to travel to eet your prospects this is a very effective way of working..

For a NGO we organized speeddate sessions between Bangladeshi IT firms and prospects in the Netherlands.

The aim of the two-day event was to allow 12 IT companies from Bangladesh to speak to potential customers. The morning sessions on Tuesday and Thursday were divided into blocks of 45 minutes followed by a 15-minute wrap-up/break and lunch. As a result, the Bangladeshi’s have spoken to an average of 6 potential customers in 8 hours time. The Dutch companies had the opportunity on one of the two days to meet 3 to 4 potential suppliers, after which a well-considered choice could be made.

Several companies have made agreements to visit Bangladesh for more in-depth conversations. In addition, a number of Bangladeshi companies have contracted NextSales to support sales in the Netherlands.

Tell us what you need