Why companies fail to grow in Europe – Language – Culture – Patience

Why companies fail to grow in Europe? You’re probably thinking COVID-19, But that’s not it. It's Language - Culture - Patience. In this article we'll give you some real life examples. 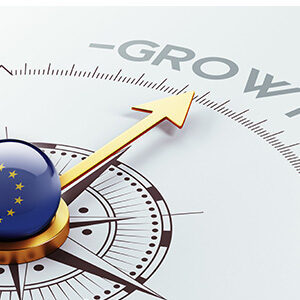 Reasons why companies fail to grow in Europe

But that’s not it. As we do business development throughout Europe, we meet many companies and more important: their management. What binds them is their wish to grow their business, their willingness to invest in growth and their understanding that they can’t do it without support.

Although in a very Dutch way (in other words bluntly honest) we explain what needs to be done to grow your business in Europe, we still encounter a lot of challenges in the implementation of our experience within clients.

That’s why we decided to publish reasons why companies fail to grow in Europe. Assuming that you don’t have billions of euro’s to spend on marketing then here are some critical success factors for your European growth.

Europe has many countries. Some of these countries cover a quite big part of Europe and some of the European languages spoken are used in neighboring countries as well. For example: The German language is used in Germany, Austria and Liechtenstein. But also, Switzerland, Luxembourg and Belgium use German as one of their official languages. Next to that parts of Denmark and Italy also speak German. The same arguments can be made for Italian and French.

Our advice: Start communicating in English on LinkedIn, Facebook and all other social media and add English as a alternative language to your website. This way you’ll reach more prospects.

An example:
One of our clients based in the South of Europe was contacted by a global leader in luxury goods and fashion. They were asked if they could help setup a global e-business. The CxO committee of the luxury goods and fashion company had decided to only invite trusted partners to participate in the process. Their definition of trusted partner was: “We already have a proven relationship with the supplier at the C-level.“

Our client had all capabilities in terms of IT, however they needed support with logistics and fulfillment, so NextSales was asked to help find a competent subcontractor. We reached out to some leaders in the field based in the Benelux. We explained the process and the requirements of the project. Even then, after the first conversations between our client and 1 of the logistics companies, the huge gap between both cultures became clear:

Needless to say, that our client who was awarded the contract with the luxury goods and fashion company didn’t continue with this logistics company and contracted one of the other candidates.

Our advice: When in Rome do as the Romans (Adjust your behavior and expectations to that of your client).

We as no other understand that all sales people are under pressure to perform. Every sales person knows the stories of “low hanging fruit” and “bluebirds”. These are great real-life stories, but certainly in Europe most of them are not reflecting reality. Building trust and relationship takes time and Europeans (specifically those of the South) have a different approach in taking meetings with sales reps than British or American people.

A European who gets contacted by a sales rep will be reluctant to have a meeting because this can be interpreted as “I will buy from you”. Whereas a Brit or American thinks “It never hurts to hear what this sales rep has to say” (taking the meeting is no commitment to buy).

This is just one factor that makes doing business in Europe a longer process than in some other parts of the world. Again, you have to demonstrate the appropriate amount of patience.

An example:
A leading IT services firm implemented a HR-policy to every six months fire the lowest selling sales rep (fyi: lowest could still be 2 times their target). The idea behind this policy was that it would scare the hell out of the sales reps and would push them to deliver at their best.

This policy resulted in firing a regional sales manager. However, after a few months’ clients started to call for the fired sales rep. They explained that they had no business for him in the past months, but now they had, and they wanted to award his perseverance. Since the sales rep had left, the client commitment was also gone, and it became level playing field between suppliers. In other words: instead of cashing in on the sales investment the investment had been whipped out by lack of patience.

Our advice: If you can’t afford the time don’t start. If you really need business that badly, you probably need other management.

How to grow your business in Europe?

The global antivirus market is growing. In an attractive market many suppliers are competing to grow their market share. Therefore, WatchGuard asked NextSales to research potential niches in the European market.

Sales Outsourcing for the Benelux region with Innovaway

Innovaway is an Italian system integrator supporting clients to increase their global competitiveness. NextSales is proud to announce that we have agreed a Sales Outsourcing for the Benelux region with Innovaway for the 4th year.

Lead Generation for Fortguild in the Belgium Market

Fortguild solves the need for flexible blue-collar workforce by providing reliable externalized personnel on a per hour basis. We are proud of our extended collaboration: Lead Generation for Fortguild in the Belgium Market.

The task management software industry is expected to grow with several billions of dollars over the next years. The EU is a large internal market ($15.167 trillion), just like the United States. However, there are significant differences.

Efficient and effective IT Financial Management is a challenge, even for the most experienced CIOs. Finding the right tool for managing your IT budget is just the first of many steps on the way to increased transparency, stakeholder acceptance and benefits.