Phenom-World has extended the existing Sales Outsourcing Agreement with NextSales for a period of six months. 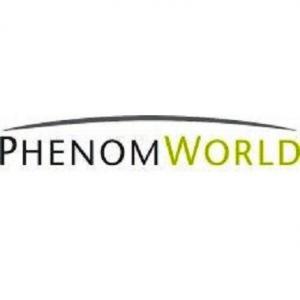 Phenom-World renewed the existing Sales Outsourcing Agreement with NextSales for a period of six months.

Under this agreement, NextSales will support Phenom-World’s Sales department in the Netherlands.

On behalf of Phenom-World, NextSales will execute all sales activities (Lead Generation, visits, demos, quotations and contract negotiations) in the Benelux and Ruhr-area (Germany). This is done under the rules of conduct of Phenom-World.

The delivery of products and services resulting from client contracts is carried out by Phenom-World.

Advantages of this agreement for Phenom-World:

Phenom-World was founded to take care of marketing, sales and service around the Phenom electron microscope of FEI Company. NTS developed the tabletop model of the microscope together with Sioux on behalf of the American microscope manufacturer FEI Company.

In the meantime, Phenom-World has developed the second generation PhenomTM G2.

Phenom-World has been acquired by ThermoFisher on in December 2017.

One of the success stories of NextSales in the HighTech sector is the introduction of the Phenom electron microscope from FEI Company.

During the development of Phenom it soon became clear that Sales needed a different approach than selling the large FEI products. The market segment where Phenom is positioned is not the existing FEI client base. The success of the launch of this product was highly dependent on the speed with which new customers could be found. Together with the responsible persons at FEI we performed a Market Scan. This resulted in a list of target companies and the relevant DMU. We started to target the market through several approaches:

This was the start of our Sales-funnel. After the first contacts and mailings, several actions were taken so that we could start selling. Prospects were invited for demonstrations of Phenom and the product launch.

The follow-up of these activities and demonstrations was done in collaboration between Sales of NextSales and the application specialists of FEI.

Demonstrations were provided by NextSales (sometimes together with an applications specialist). From there, the commercial process until the contract negotiation was handled by NextSales. During the nearly 4-year collaboration, the Phenom business in the Netherlands has become the largest installed group of devices worldwide. Not only FEI’s Phenom business has benefited from this, thanks to the efforts of NextSales, leads have also emerged for the other FEI products.

In addition, FEI has gained greater brand awareness within the target market.

What is Sales Outsourcing?

Efficient and effective IT Financial Management is a challenge, even for the most experienced CIOs. Finding the right tool for managing your IT budget is just the first of many steps on the way to increased transparency, stakeholder acceptance and benefits.

Softelligence harnasses the power of data, artificial intelligence and machine learning to unlock the full potential of your business. NextSales is contracted to deliver a Sales Outsourcing Germany with a strong focus on the financial services market.

As part of FMI’s growth, they have retained our services to explore the German and Netherlands market for research services. To do this we have performed 2 Market Scans: Germany and Netherlands.